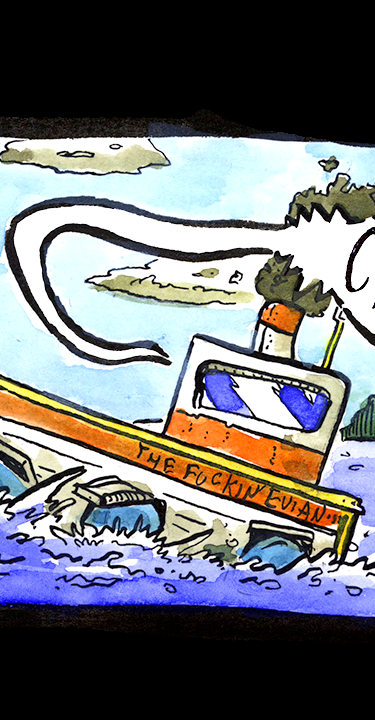 Bad Apple is a demon. Son of the Devil (God is his uncle). Zepar. He is generally a jerk and can do devil bullshit. Absolute control over worms, seduce people, that kinda stuff. Additionally, if you eat him or any part of him you instantly die and go to Hell, regardless of how good you are. When he dies he does too, but he can come back, it's his hometown.

He now sails the seas in his living ship, the Fucking Evian, making trouble where he can, no matter the land, sea, space, world, or universe. The Evian itself swims and walks on his hands. It also uses its long froglike tongue to eat stuff. It enjoys food and can be bribed with it. Very doglike.

He has a crew of two shark beings: Chompulon and Crunchulon.

Chompulon is a brash wierdo who has some unusual hobbies and is the aggressive of the two. He's the Muscle, the brawn, the guy who Bad Apple brings to get stuff done. He thinks Bad Apple is his friend, which is not true. He also likes assertive women, but they usually don't like him back. General Creepazoid. Beat him up.

Crunchulon is a little wussbaby wiener who likes to complain and be a cute nervous boy. Bad Apple will pick on him and people want to mess with him a little. He's actually super nice, but will 100% of the time be the victim of a practical joke. He believes in the true kindness of the universe. Sweet delicate creature. Beat him up.

Also Bad Apple's friend Mitch is there. He's a scumbag. He's usually in on what Bad Apple does. He smokes too. Will blow smoke in a baby's face. They get along real well honestly and are the best of pals. When shit gets too bad will dissapear into a cloud of mist. 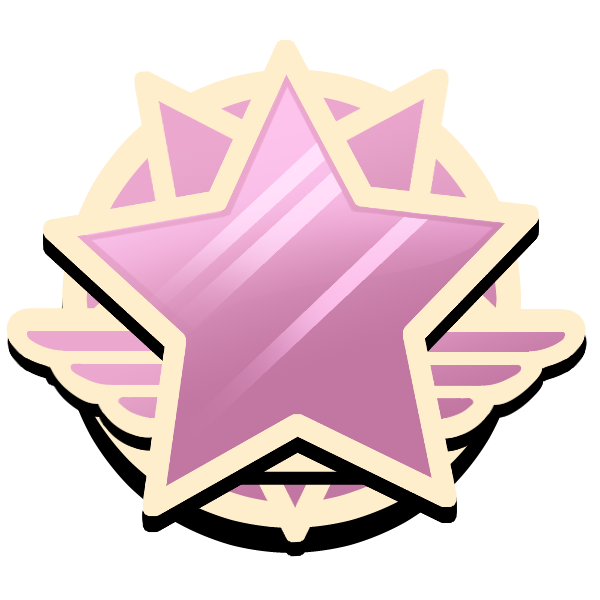 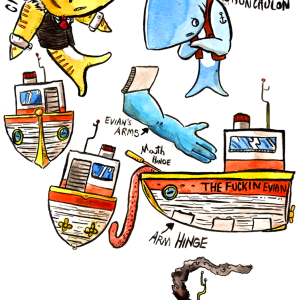 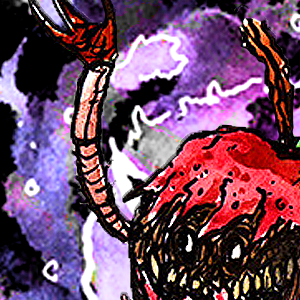 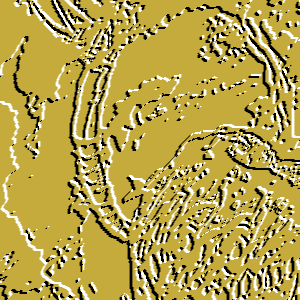 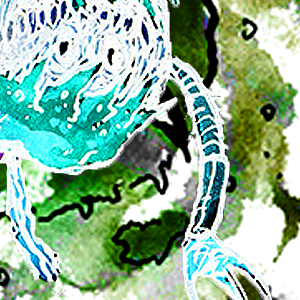 Bad Apple and His Crew by G U N