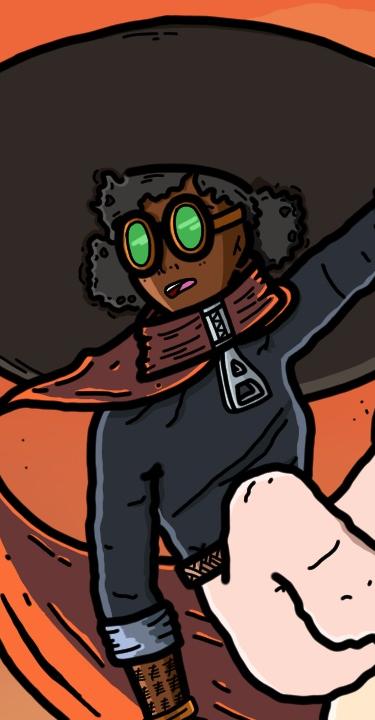 The Tooth. The Tusk. The Limbs of Heaven.

Strike “While the Iron’s Hot” Saguaro remembered the first time they saw them, in the monastery Vishraam’s Hall of Struggle and Release. It had only been minutes since they found sanctuary. Minutes since meeting the behemoth Shick Bonzod, Palm Infinitum. Minutes before the iron fortress of repose felt as home.

It was under those artifacts, the Colossi, that Strike swore off Magick. In candlelight, they tallied the victims of Sodo Mariah to their skin. And in the morning, Shick taught rest. In the afternoon, she taught the fist and hammer. In the night, revelry, laughter, joy.

The Tooth. The Tusk. The Limbs of Heaven.

One foggy morning, they were all that remained of the behemoth. Strike searched for a month and a day, yet could find no letter, no hair, no clue from she who saved them. Such an impossible disappearance, they could not accept. Shick would not have left the Colossi.

It has been years since Vishraam. Strike, against all odds, wields the Colossi. With their return, Akademiya craves its prodigal witch’s return. Enough to offer four million gold to deliver the Glassmaker of Sodo Mariah, They Who Ended a City, back to its war effort.

But, Strike Saguaro has no time. Shick needs her weapons. And they intend to return them. 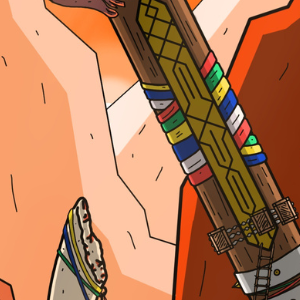