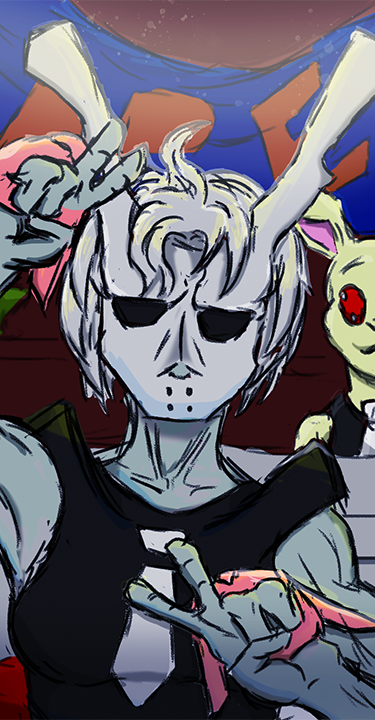 Star sector "J" is known entirely for its chaotic inhabitants, from dangerous Pirates to carnivorous meteors. Yet, those who have met her will agree that the most dangerous individual in Sector J is Kani, the waitress for a middling diner in the center of nowhere.

An enjoyer of women and an enemy to all Space Dolphins, Kani of the Hopper Comet is not to be trifled with. Rumored to have been created by a failed attempt at necromancy from a now-defunct military within Sector J, the cyborg-zombie alien is a reckless but skillful martial artist. Her incredible strength and regenerative ability seem to come with the downside of complete and sheer idiocy. Kani doesn't seem to have much interest in fighting anymore and is mostly there for cleanup duties (she's below average at serving) and moral support.

Alongside her adoptive mother plus the owner of the restaurant, a Lunarian by the name of Jill, her best friend, a Lagomore named Happini, her fellow experiment, a robot known as A.K.I, and the diner mascot, an ordinary Rabbit named Mr. Jump, they form the crew of the Hopper Comet! 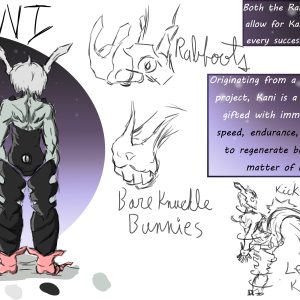 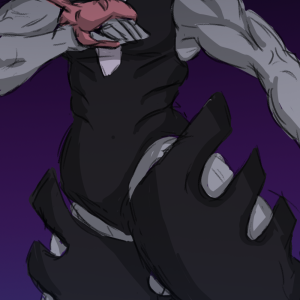